How to Fillet Step By Step - Page 2

This tutorial is continued from page 1.

Now it's time to cut over the ribcage. Most people find this to be the most difficult part but if you understand the anatomy of the fish and you just go slowly when you are first learning you will get the hang of it with practice. Of course if you find that you always mess up on the ribcage then we suggest that you try the rib-in filleting style which is a bit easier for most people.

Before attempting to cut over the ribs you need to make sure you have fully cleared the flesh away from the head in the earlier steps. If necessary, put the knife back in the incision at the head and cut down firmly to ensure the fillet is free and can be raised up easily to expose the ribcage. Now raise the fillet with your left hand and position the knife ready to cut over the ribs and up towards the head. 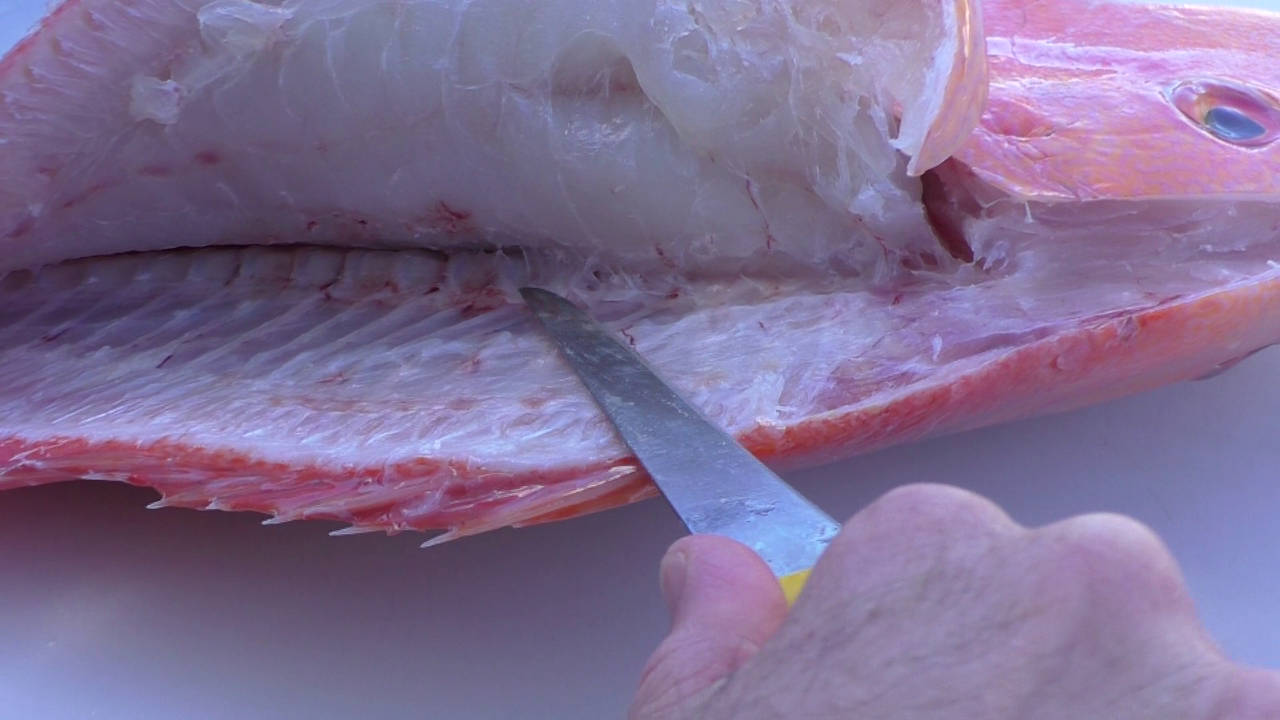 Begin by clearing the flesh away from the top of the ribcage. A few small nicks with the tip of the knife is all it takes. 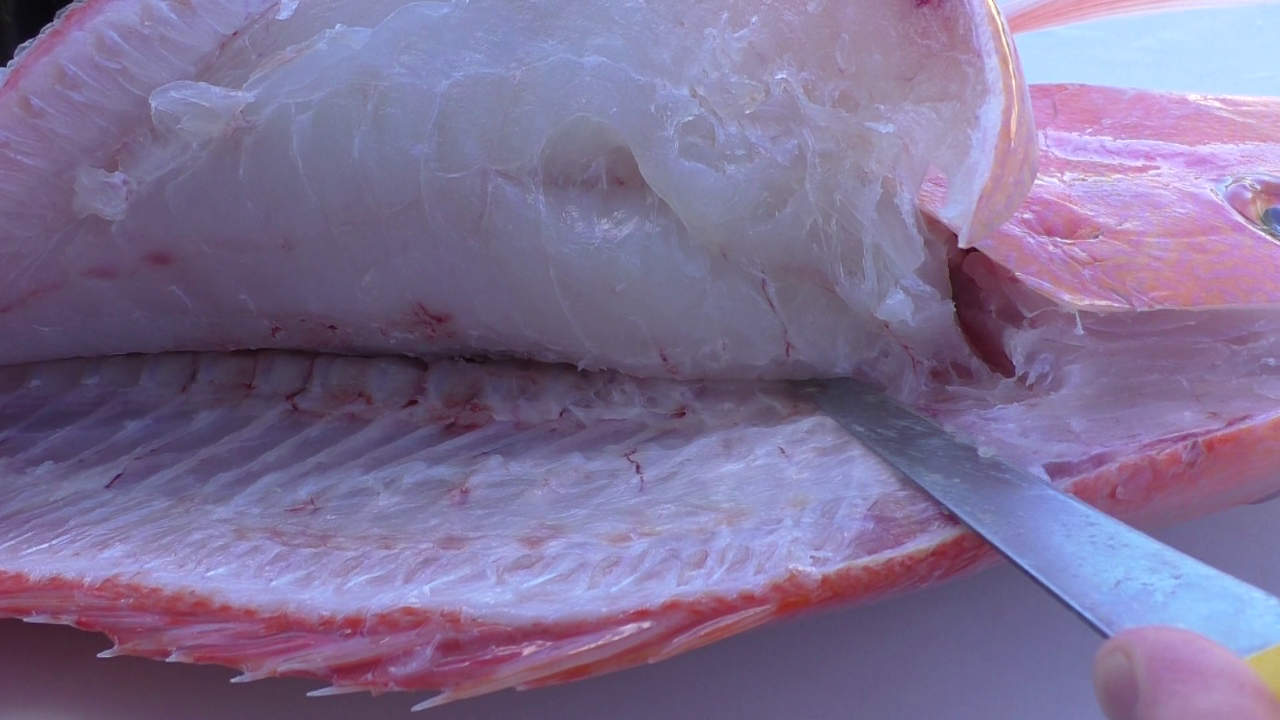 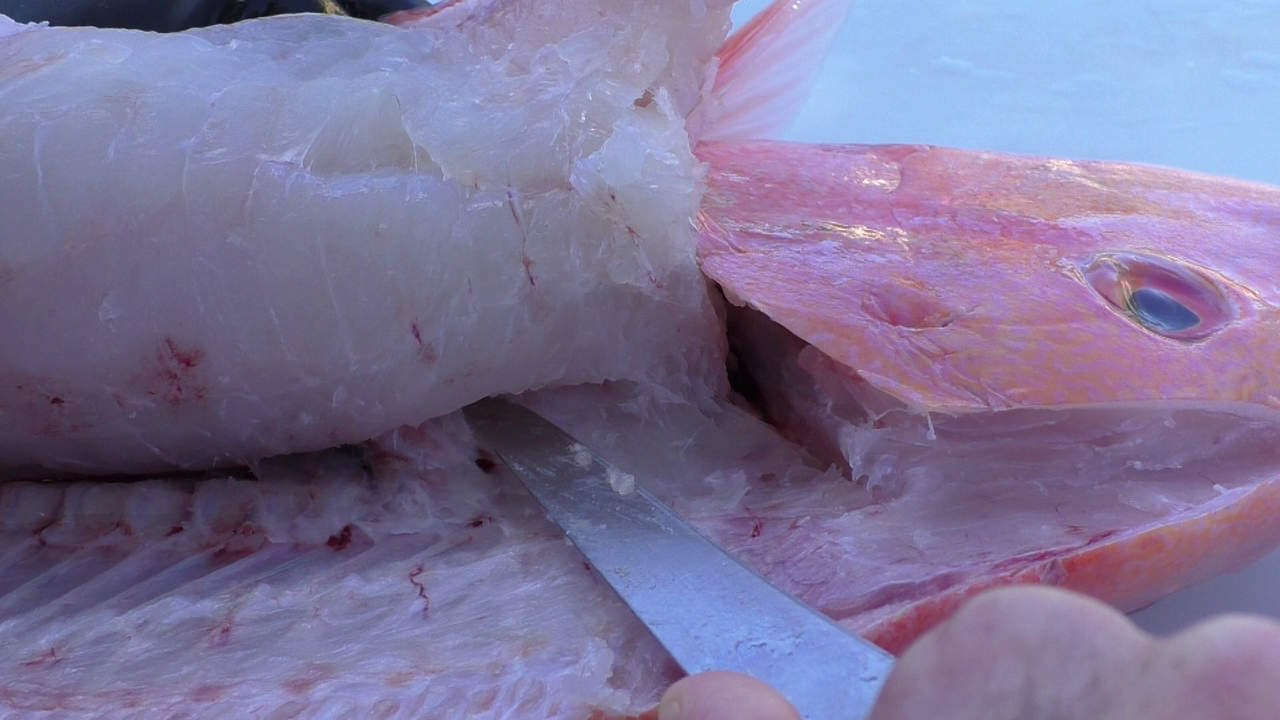 Next place the knife on top of the ribcage angled downwards as shown in the picture below ready to cut down over the lower ribs (and through the remaining pinbones). Keep pulling the fillet up with your left hand as you slide the knife down over the ribcage, following the natural curve of the ribs - remember press down on the ribs and slide the knife over them but don't cut through them. 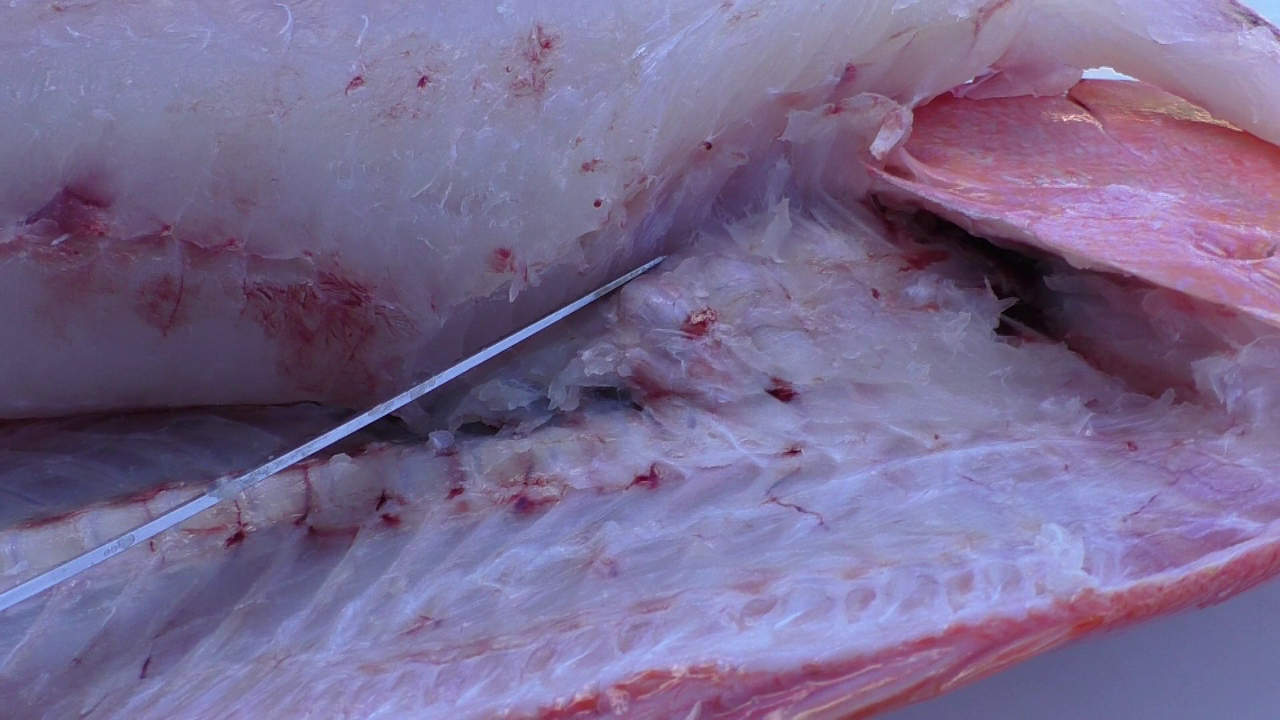 Follow the curve of the ribs down towards the belly Once the ribs are exposed to the extent shown in the picture below place the knife back in at the top near the head. 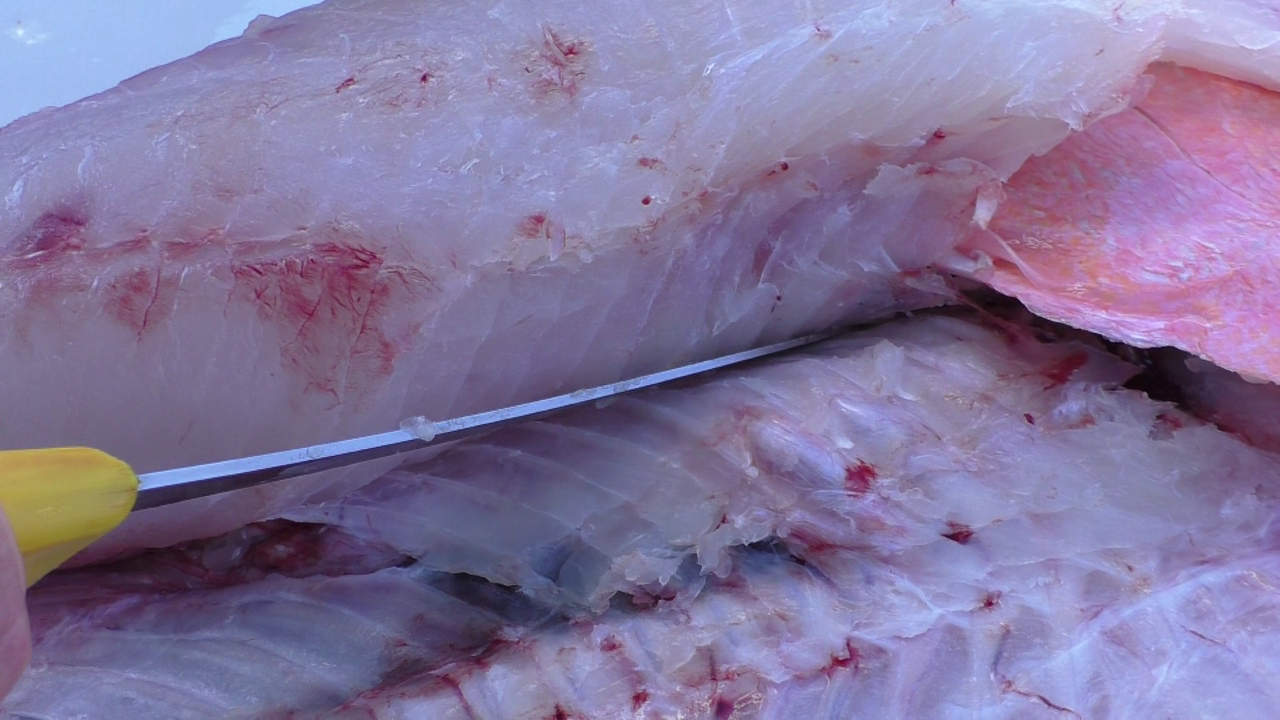 Now make one or two more long sliding cuts down over the ribs towards the anus of the fish while you keep pulling the fillet away with your left hand. 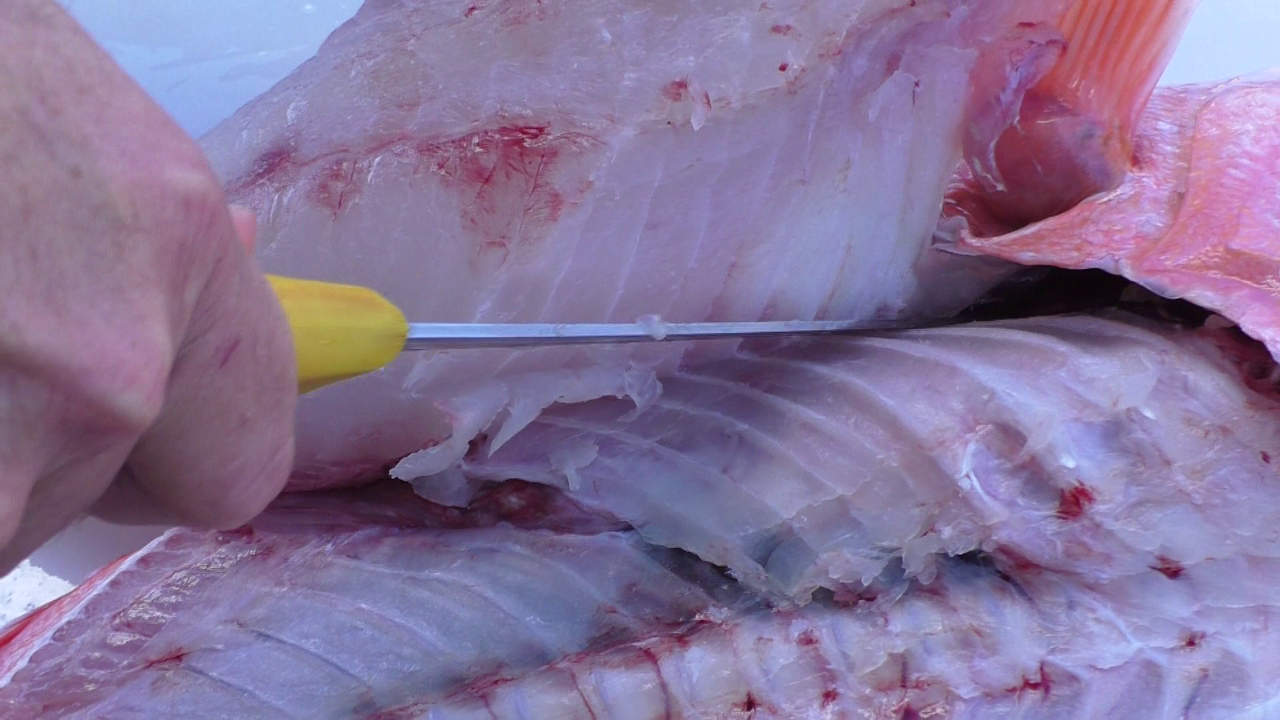 The fillet should now only be attached at the very bottom of the ribs and the belly. 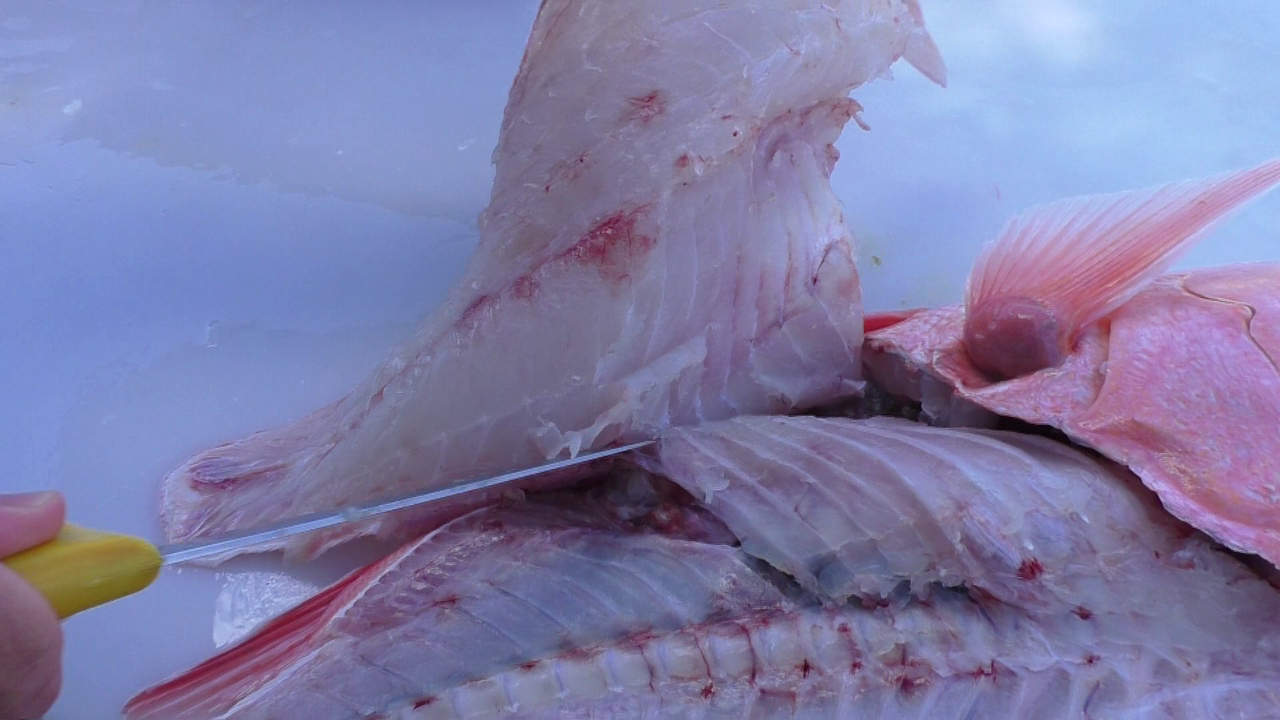 Place the knife back in for a final sweeping cut to clear the fillet away. 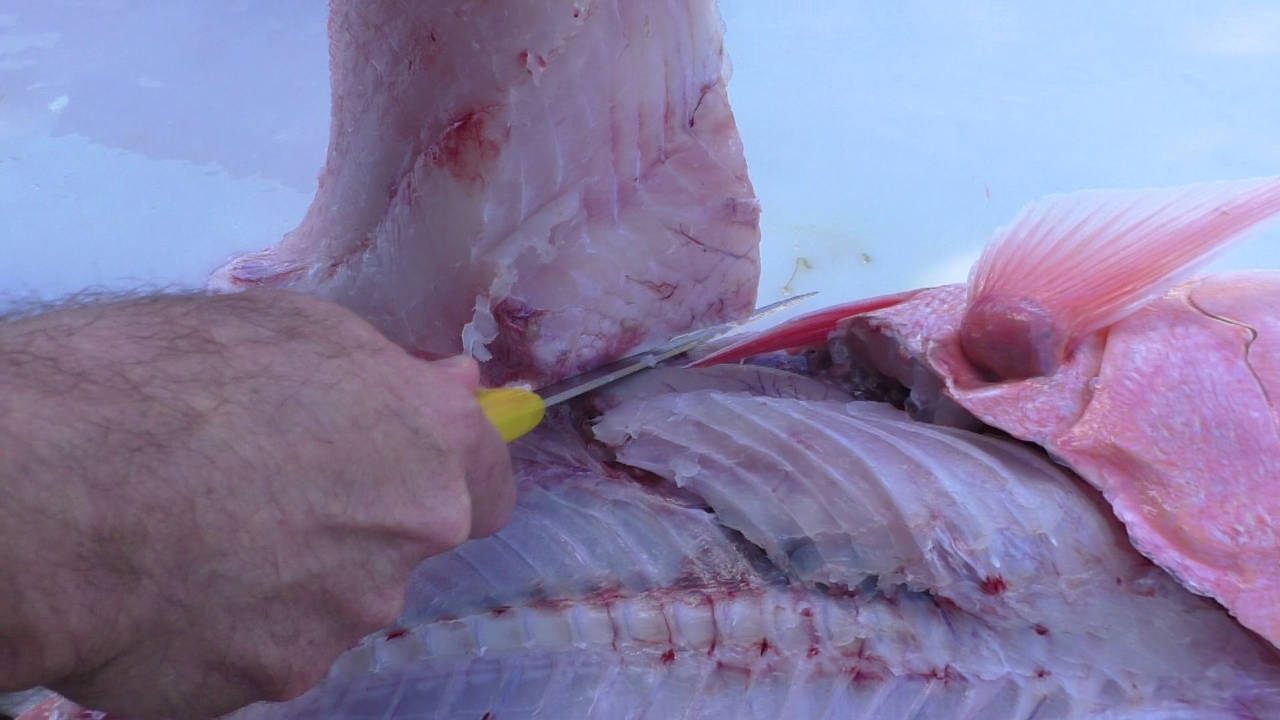 With a single motion cut the fillet along the belly to remove the fillet completely from the frame. 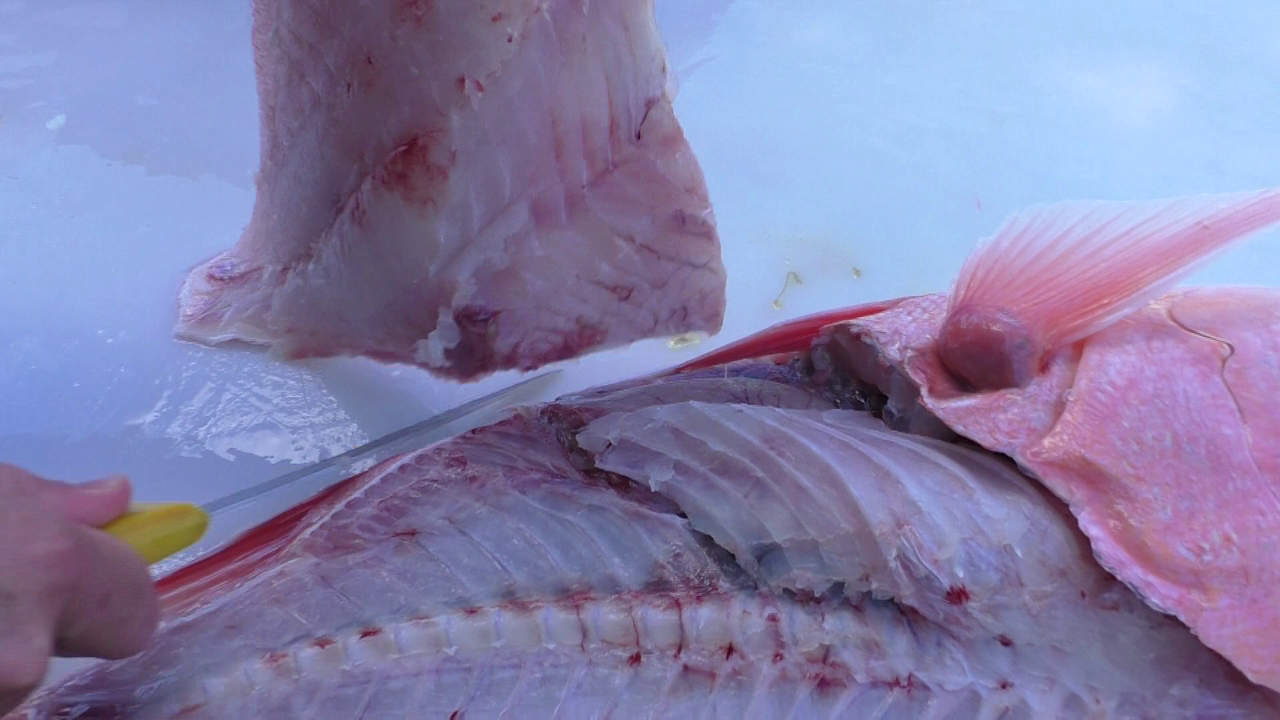 Now the first fillet is removed. 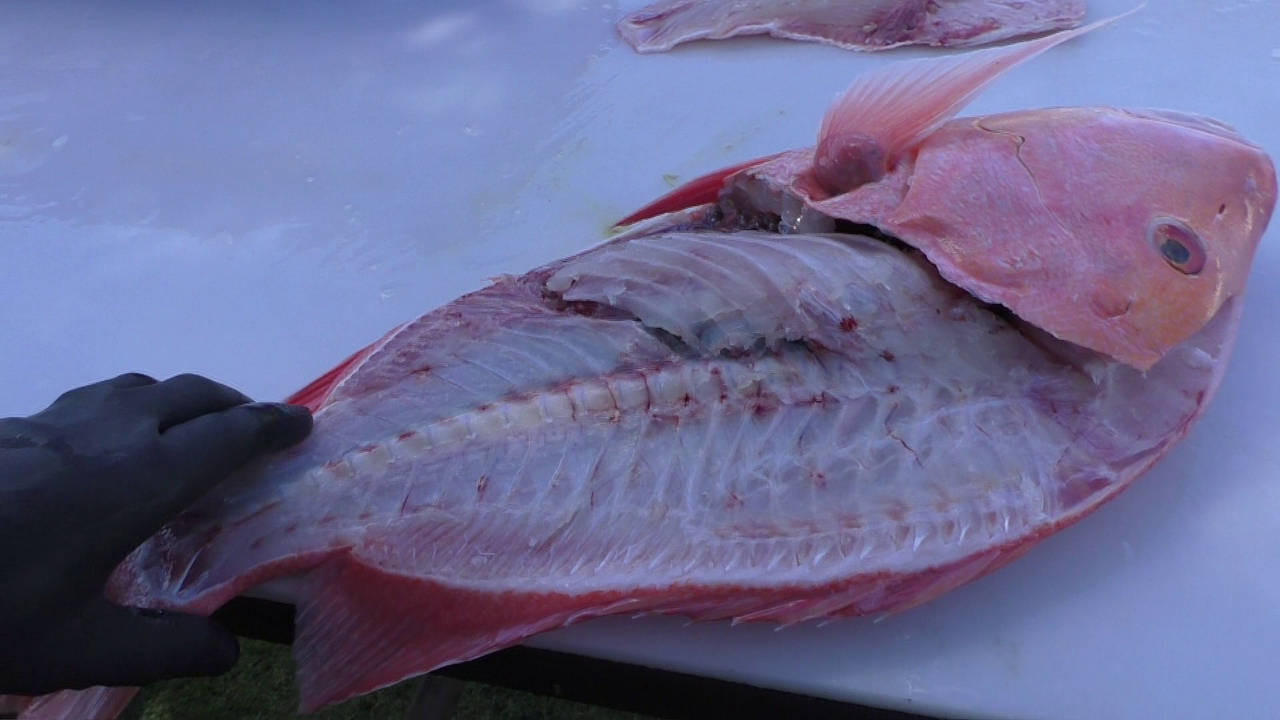 Go to page 3 of the filleting tutorial.

Watch dozens of free video lessons on how to fillet a fish.