You will notice that in our tutorial and demo videos we use a few different filleting styles. This is because people have different needs, preferences and skill levels; and also because sometimes one style is more suited than another to a particular species of fish.

Filleting rib-in means taking off fillets that still have the ribcage attached. The ribcage is then removed later in a separate step. Most people find that filleting rib-in is easier than filleting over-the-ribs. The only downside of this style of filleting is that it takes a bit longer to produce boneless fillets because after the fish has been filleted you still have to remove the ribs.

Removing the ribs after filleting rib-in: 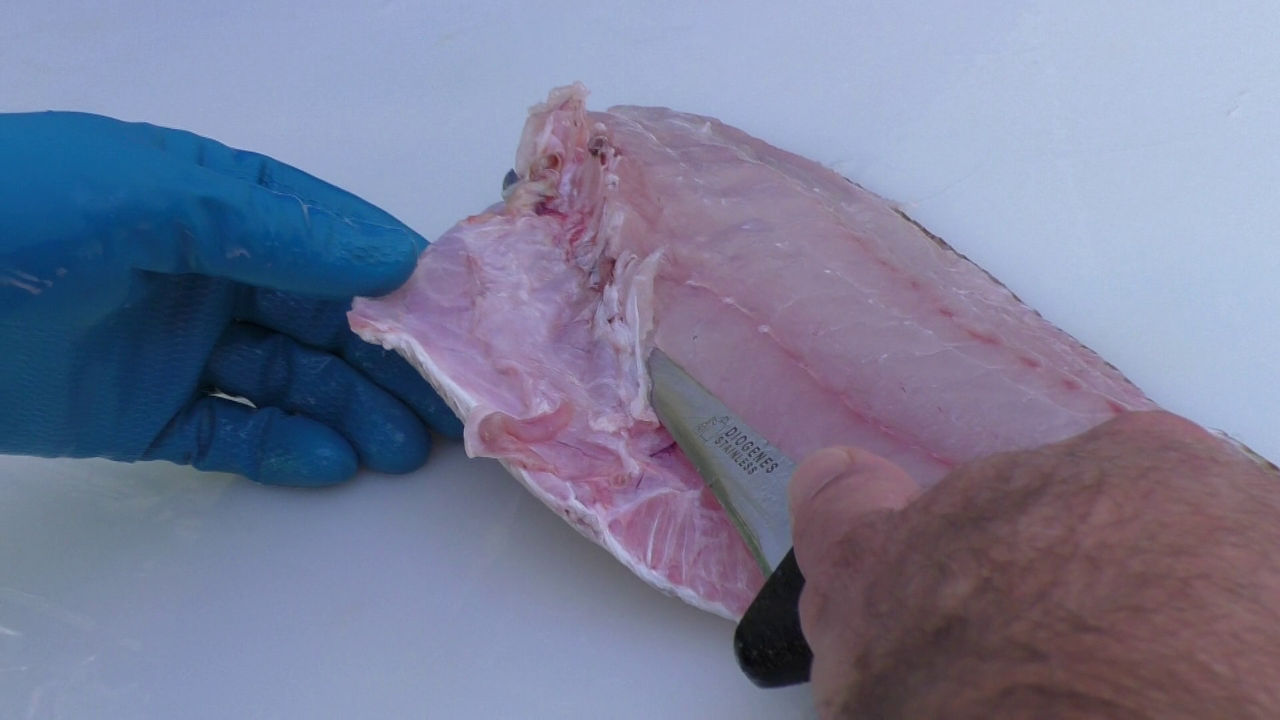 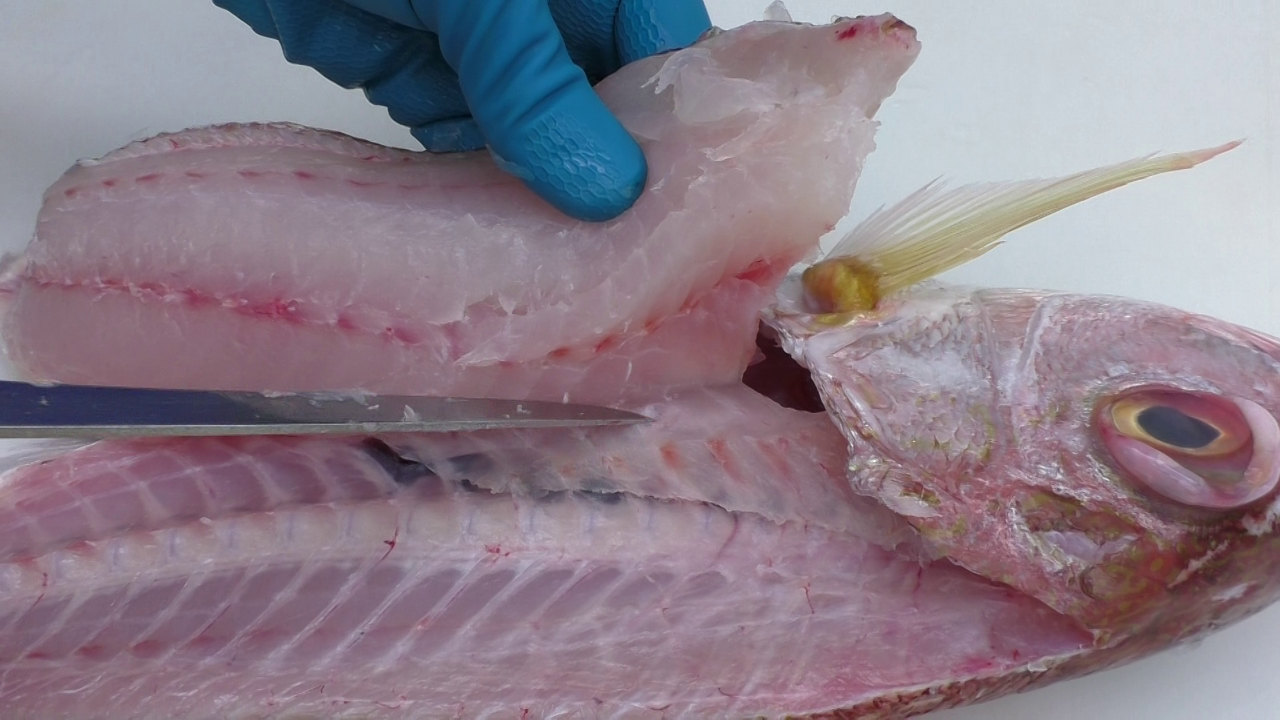 You will notice that some of our videos are labelled (rib-in-variation). The variation referred to is a trick that you can use when filleting rib-in if you have trouble with the second fillet (as many people do).

The second fillet is typically harder to cut neatly because once the first fillet has been removed the frame of the fish is no longer supported from below and it curves, making it harder to slide the knife along smoothly without getting caught on the bones. The technique we show in the rib-in-variation videos goes like this: begin by cutting the first fillet rib-in but instead of cracking the fillet off, leave it attached at the ribcage and flip the fish over. This makes cutting the second fillet easier because the frame is still supported and relatively straight. Then once the second side has been cut, crack both fillets off. 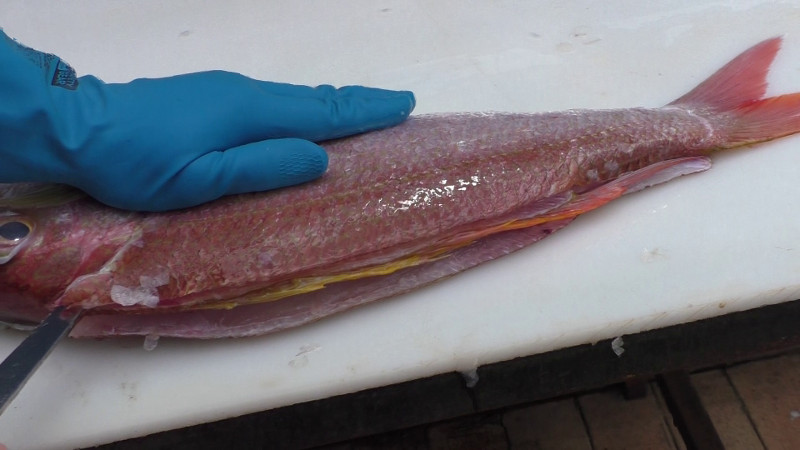 We teach two completely different over-the-ribs filleting styles, both of which are commonly used by professional fish filleters.

The first style we teach (referred to simply as over-the-ribs) is similar to the rib-in style with a few extra cuts to remove the ribs during the filleting process. The second style (referred to as kiwi-style) is very different, particularly on the second fillet which is cut with the fish's belly facing towards the filleter. 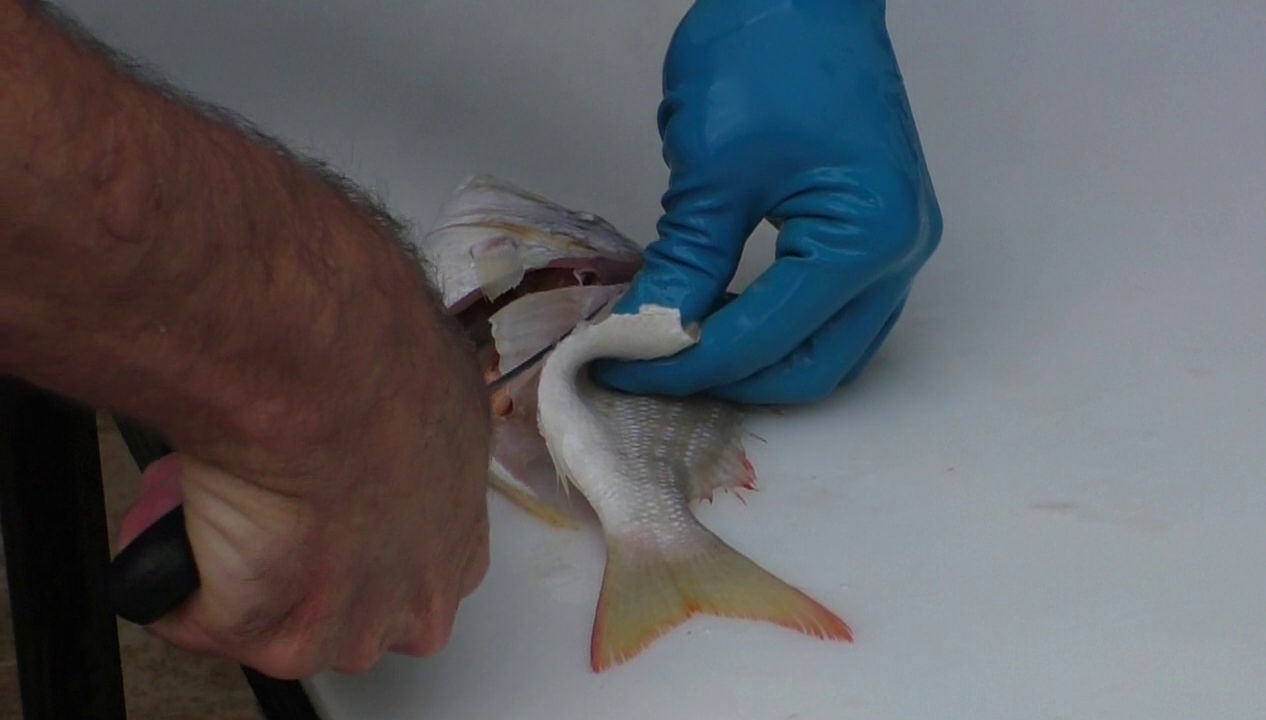 Which style is best?

No filleting style is best for every species of fish and the style that is best for you will depend on your individual situation and needs.

If you are trying to learn how to fillet a fish and are confused about where to start we would offer the following general advice:

As we have already stated above most people find filleting rib-in easier than filleting over-the-ribs so it might be a good idea to try the rib-in style first and make use of the rib-in-variation trick if the second fillet gives you trouble.

If you want to learn to fillet over-the-ribs then most people will probably find the first over-the-ribs style we teach easier than the second one (kiwi-style). Of course everyone is different so give each style a try and see what works best for you.