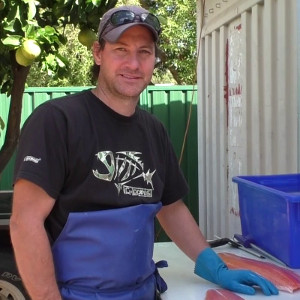 Konway's father and grandfather were both professional fishermen who worked the Blackwood River in Augusta, so Konway grew up around fish and took his first job after school at a seafood factory in Geraldton WA.

Rick also comes from a fishing family, his father and his older brother were professional fishermen and when Rick left school he worked for a couple of years on his dad's fishing boat at the Abrolhos Islands off the WA coast. This is where he first learned how to fillet a fish.

He later worked for several years as a fish filleter at seafood factories in Geraldton and Perth.

These days Rick is a professional software developer. He does all the work on the Fillet Fish Australia website.