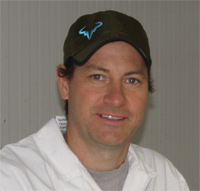 As with many things the amateur fisherman might purchase there is a plethora of choices and knives are no different.

The following information reflects my own personal experience with knives and what I would recommend as a professional filleter.

When I first started filleting in Geraldton I recall using wooden handled Friederich Dick Knives which I doubt would pass the required food standards testing that is common place in many factories these days. I also used a Swibo skinning knife which was commonplace amongst many of the pros I worked with in those days.

It was only when I moved to Perth and was essentially introduced to a new filleting style and the knife I consider the best on the market that my love of knives started to grow.

If you know a professional filleter and you broach the subject of knives you might want to settle in with a couple of beers because they can be very passionate about their knives and they tend to have big collections.

For most of my filleting life I have predominantly used 2 knives to cut most fish. 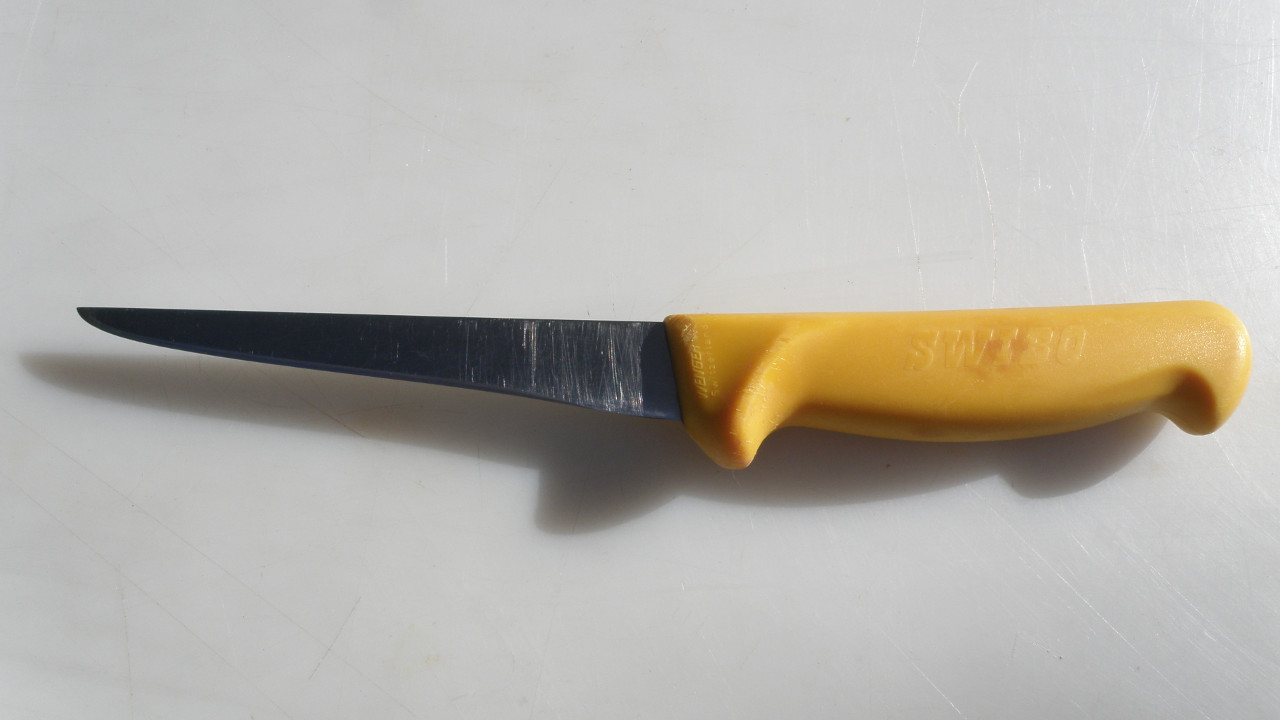 This is a 16 cm stiff bladed Swibo. I have owned and used this knife for many years and have cut thousands of fish with it. I have also used similar F.Dick knives with a blue handle and find these equally as good.

I predominantly use this knife at work for filleting specific species such as Barramundi, Red Emperor, Dhufish, Blue Morwong and a few others. The reason behind this is due to the actual anatomy of these species. For example Red Emperor and Dhufish have good scallops of meat up into their head and the technique I use will allow me to comfortably manoeuvre this knife to access that head meat. Barramundi have a very long rib cage and I find this knife to be better suited to dealing with that and Blue Morwong have an extremely tough arched rib cage so I like to cut these rib-in.

These are just some examples of why different knives are useful.

I originally learned how to fillet a fish at the age of sixteen while working in a fish factory in Geraldton. A few years later I returned to Perth and was very fortunate to meet an exceptional filleter who taught me what is now my favourite filleting style. Peter was a tall guy from New Zealand and I soon noticed that he was regularly out-cutting other guys on a daily basis and he seemed to do it so easily. It was at this stage I learnt how to fillet with what I call Kiwi Style.

The knife I consider the best fillet knife ever made is The Diogenes 22cm. They are such a versatile knife and although some guys like myself use a limited range of knives and others have an arsenal, one thing is common a Dio as we call them can be found in every knife pouch of every guy I work with. Something that cannot be said for other knives.

I mainly fillet using Kiwi style and the size and shape of the Diogenes allows me to fillet and skin without having to switch knives. From filleting herring to skinning large dhufish fillets the Dio can do most tasks.

The king of fillet knives: 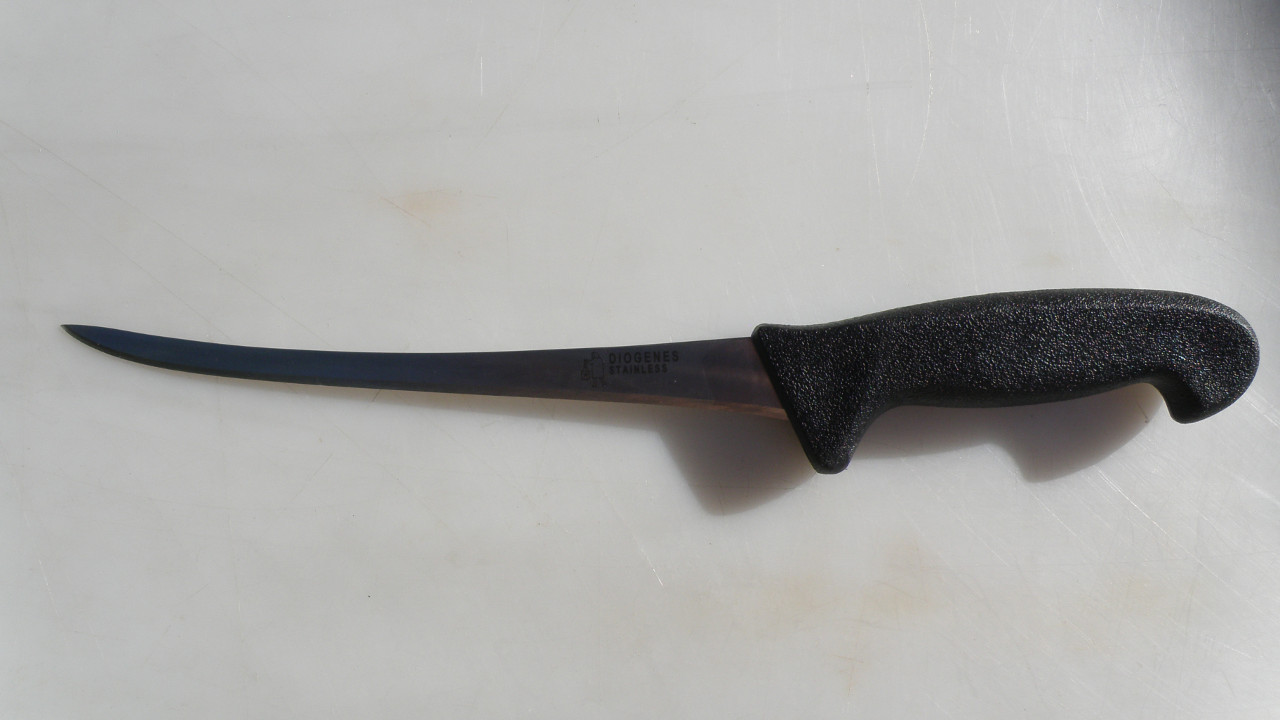 There are some other knives however that do deserve a mention and rate highly amongst other professional filleters. 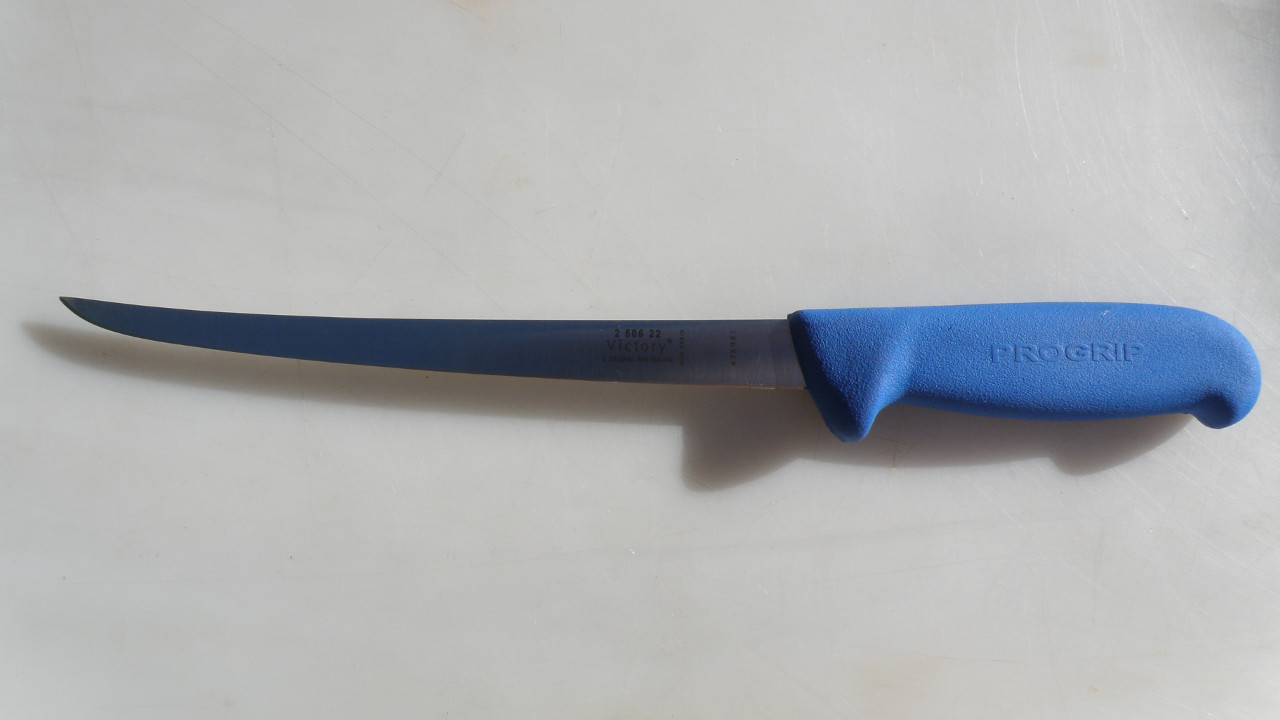 This 22cm Victory knife is also popular, it has a more flexible blade then the Diogenes and also makes for a very good skinning knife. This knife usually comes fitted with a white handle that consists of small nodules which aid grip. Victory have a great selection of handles that can be fitted according to personal preference. I had a Progrip handle put on this one, a very comfortable handle with good grip quality. 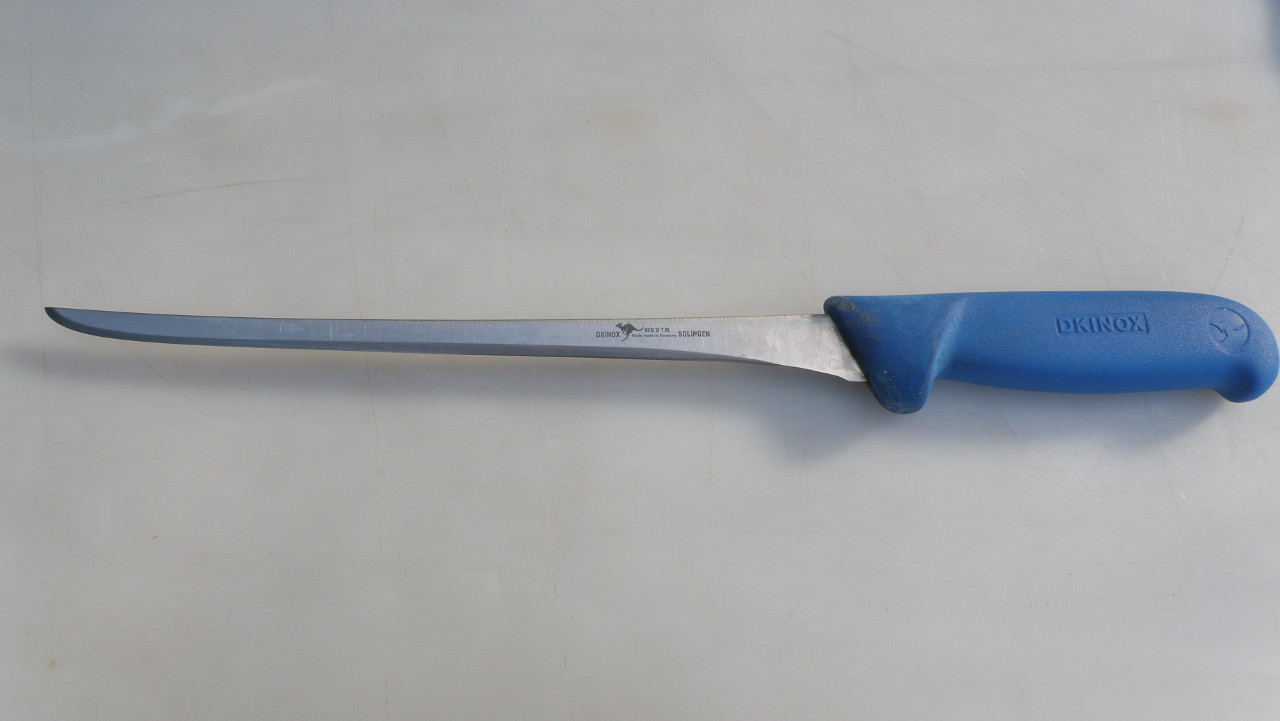 A knife that is liked as a skinning knife is the DKINOX. This knife has a 26cm blade and is noticeably heavy in the handle. It is a very stiff knife and has very little flex. 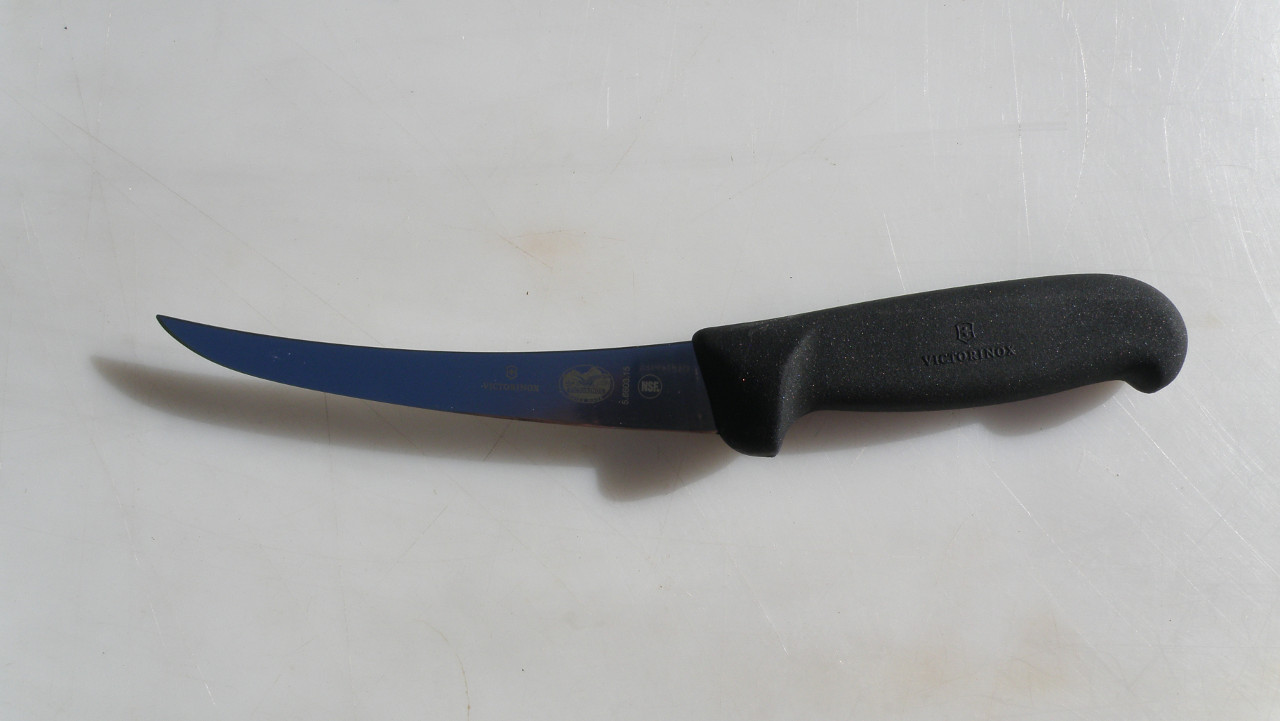 This is a popular knife amongst the guys I work with and many of them use this shorter bladed knife and fillet Kiwi style. They tend to switch to a different knife for skinning unless the fish are small. 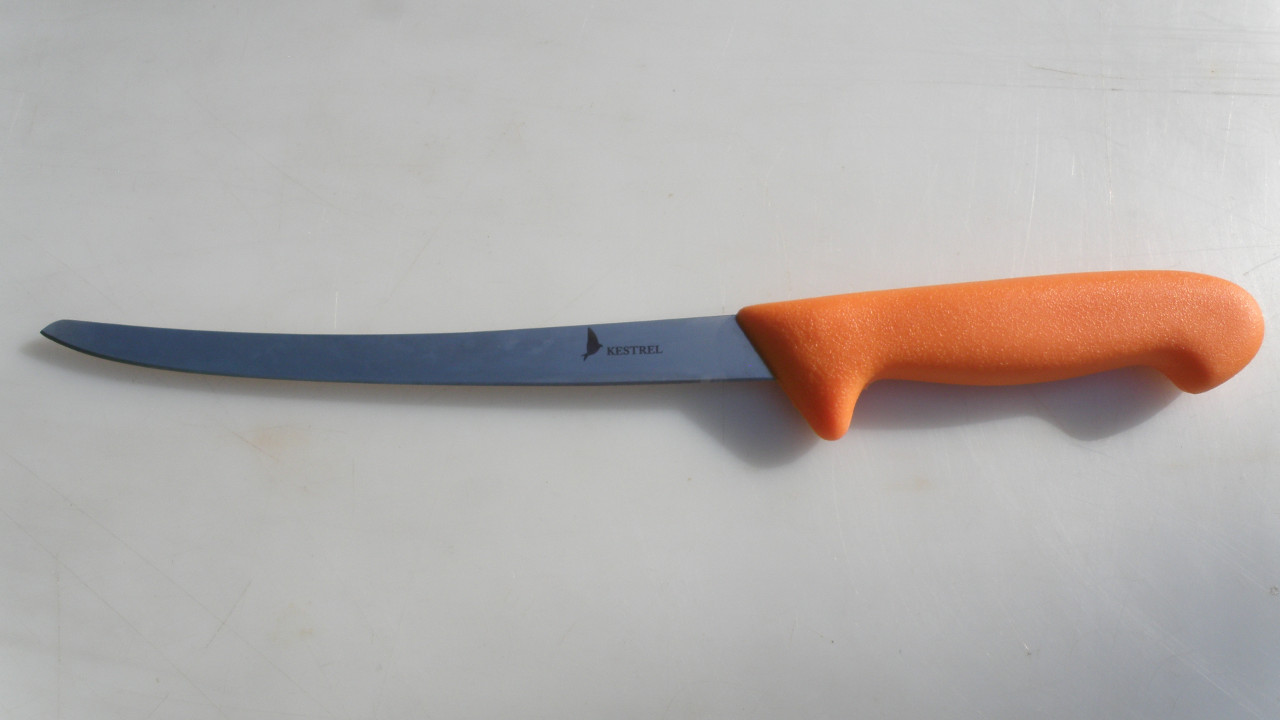 I have only recently been introduced to this knife which is called Kestral. It is about 2cm in total length longer then the Diogenes and has a larger handle. It has slightly more flex then the Diogenes but is very similar in its curved blade. It makes an excellent skinning knife.

This picture shows the difference between the various knives: 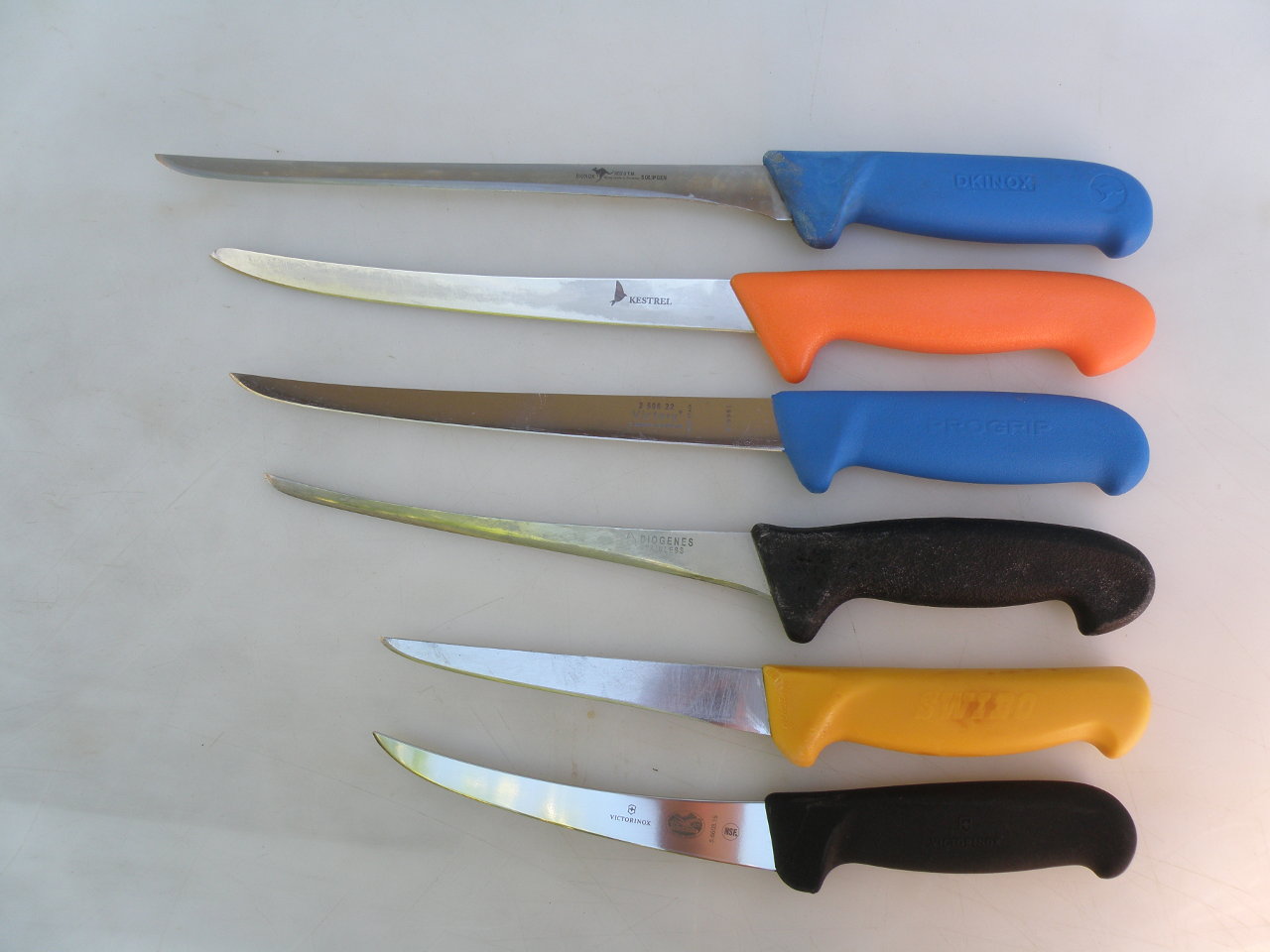 The type of filleting knife a person chooses depends on several factors however there are some obvious points to consider when making your choice. There is a misconception that a fillet knife should be a super thin extremely flexible knife. In all my years as a pro filleter I am yet to have worked with a single person that fillets with the type of flexible knives that are predominantly sold at tackle shops and marketed as excellent fillet knives.

Most professional filleters use knives that have much stiffer blades for good reason so when making your choice consider the opinion of guys who fillet for a living and have used and experimented with countless knives as opposed to marketing people who I’m sure have never cut a large slimy cod with a flimsy bladed knife.